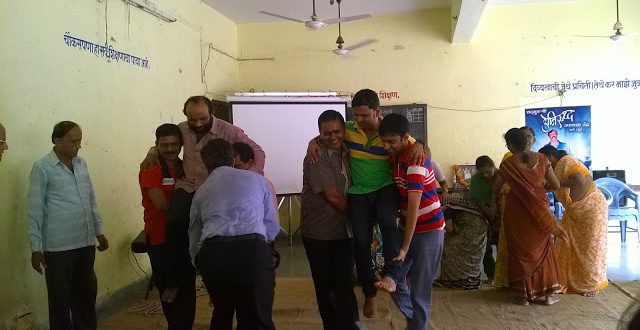 Prakasha a famous religious place, popularly known as “Dakshin Kashi ” is a village situated on the banks of the river Tapi in Shahada in Nandurbar district of  Maharashtra. Prakasha is also known for its Sinhastha Parvani, locally known as Dhvaja Parvani which comes after every 12 years, held at Gautameshwar Temple. The temple is situated on the sangam of three rivers Tapi, Gomayi (Gautami) and Pulinda. This event is visited by lakhs of devotees.

Aniruddha’s Academy of Disaster Management (AADM) has extended its seva to the Police Authorities of Nandurbar as requested by them. The volunteers from AADM controlled traffic and crowd at Shree Kshetra Prakasha during the Sinhastha Yatra.

282 DMVs from 26 Sadguru Shree Aniruddha Upasana Kendras, managed thousands of devotees who had thronged at Shree Kshetra Prakasha to participate in the event. Besides crowd management services, medical assistance and rescue services were also provided at various spots within and around the Temple.

It is estimated that this year around two lakhs devotees visited Shree kshetra Prakasha.

The Police Authorities were happy with the services rendered by the DMVS. 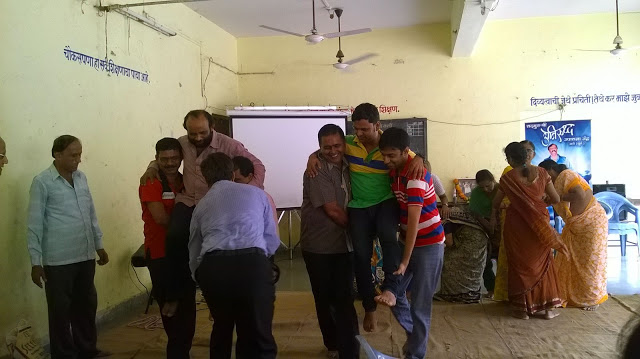 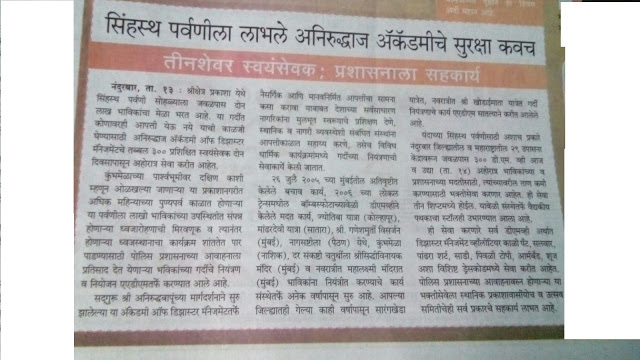