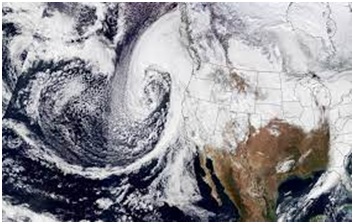 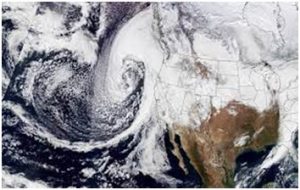 Just four days after heavy rain hit California, the state was drenched with another atmospheric river on January 4th and 5th, 2023.

A plume of moisture from the tropical Pacific interacted with a low-pressure system that rapidly strengthened over the northeast Pacific, producing a storm that caused flooding, toppled trees, and downed power lines.

According to the National Weather Service, coastal areas of California saw wind speeds of 40 to 80 miles per hour. On the evening of January 4, wind speeds exceeded 100 miles per hour near Lake Tahoe. About 1 to 3 inches of rain fell on communities near Santa Cruz and San Francisco on the evening of January 4, but the storm continued to drop rain on the Bay Area as it moved east on January 5. Some areas south of Big Sur saw 6 to 8 inches of rain in 24 hours. 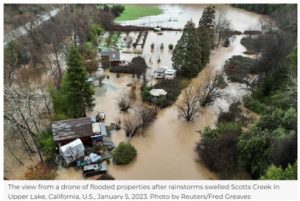 Downed power lines contributed to leaving over 170,000 homes without electricity as of the morning of January 5, according to PowerOutage.us. Most of the outages were seen in coastal counties such as Mendocino, Sonoma, and San Mateo.

As Californians cleaned up from this latest storm system, the National Weather Service’s Weather Prediction Center expected more atmospheric rivers to reach the state on January 7 and 9, 2023.

The deadly storm was powered by two overlapping phenomena – an immense airborne stream of dense moisture from the ocean called an atmospheric river, and a sprawling, hurricane-force low-pressure system known as a bomb cyclone. 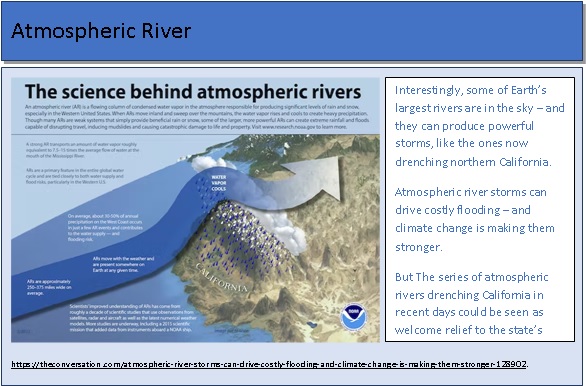