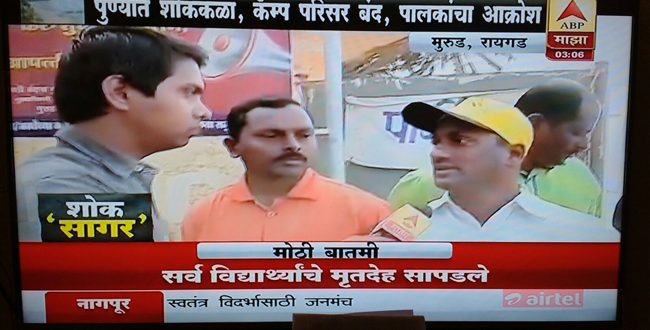 The incidence about the Murud Beach tragedy in which 14 students had lost their lives due to drowning was recently in the news., However few are aware that the tragedy  could have been worse but for the efforts of local people including the DMVs (Disaster Management Volunteers)  of Aniruddha’s Academy of Disaster Management who due to their timely efforts managed to rescue many students from drowning.

On 1st February 2016 , 116 students of Abeda College, Pune had come to Murud Beach in Raigad. While they were picknicking at Murud beach, few local people and some of the AADM DMVs warned them about the danger of wading into the waters at the beach. However, failing to anticipate the  tide, some of the students were swept off by the waters, and approximately 25 students started to drown in the sea.

Shri Kiran Satwidkar, a DMV was in his restaurant adjacent to the beach. On hearing the shouts of the students, he immediately rushed to the spot taking with him two fishermen who were nearby. They waded in chest-deep waters and saved one of the  drowning girl. She was brought back to the beach.

With the efforts of other DMVs , viz. Asmita Satwidkar, Meenaxi Madvi, Pankaj Ambaji  and the local people, the girl was taken on a motorbike and admitted to the Municipal Hospital. Pankaj managed to get an ambulance to the beach on his return.

Two more DMVs, Amol Shedge and Atul Palshetkar gave First-Aid (CPCR) to some of the students and revived their breathing.

The DMVs carried the students to the ambulance with the help of a horse-cart and also carried some of the students on their shoulders.

At the hospital, DMVs Amol Randive and Adesh Satwidkar helped the hospital staff to place the bodies of dead students in a ward. They helped the police to control the crowd of the onlookers who had gathered outside the hospital so as to make way for the ambulance.

Amol Randive gathered information of the missing students from the teachers and also helped the students who were deeply traumatised to stay calm.

When asked about their voluntary efforts , the DMVs though saddened by the tragedy were thankful to the Aniruddha’s Academy of Disaster Management as it was only because of the Basic Training Course in Disaster Management that they could avert a bigger tragedy. The training they had at the Academy proved to be crucial and helped them stand in good stead. 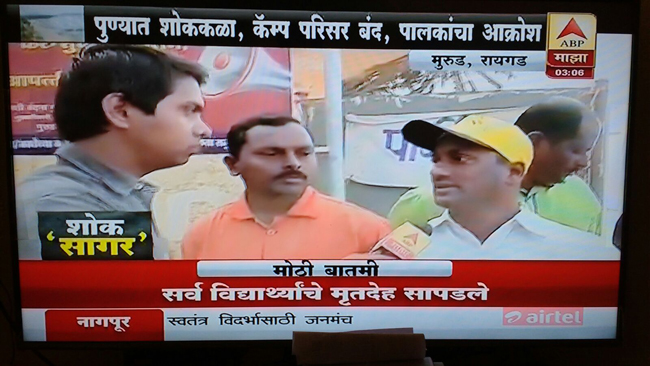 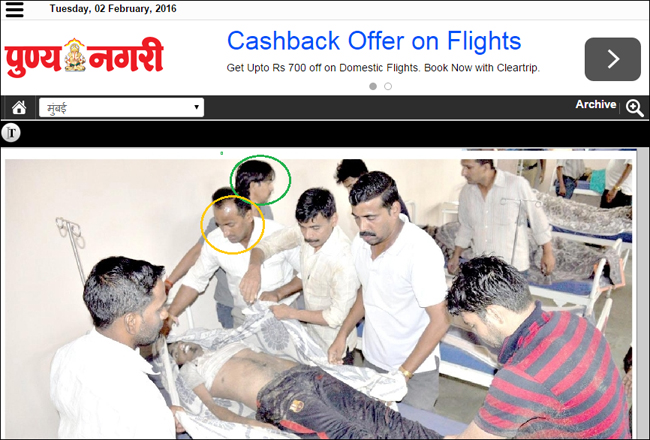 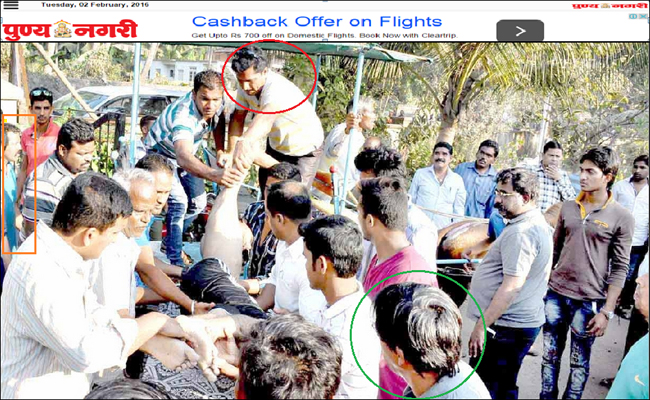 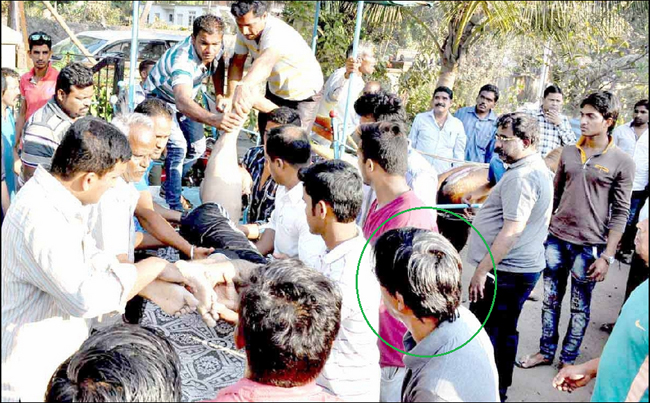