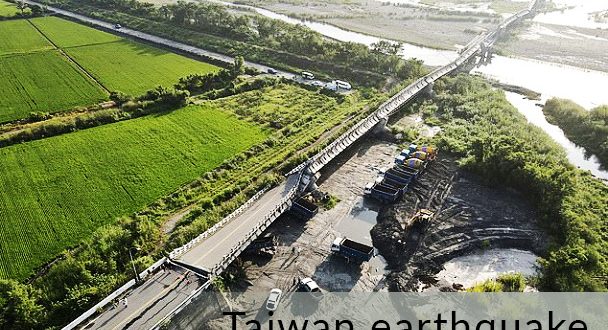 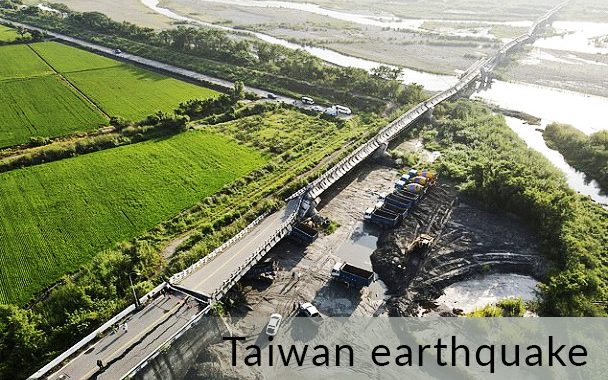 Earthquake with a magnitude of 6.8 in the south-eastern part of Taiwan shook much of Taiwan on 18th September. Central Weather Bureau of Taiwan declared that the epicenter was in the town of Chishang at the relatively shallow depth of 7 kms. The tremors were felt at the northern end of the island in the capital, Taipei.

Most of the damages appeared to the north of the epicenter. The island’s Central News Agency said, the three-story building collapsed in nearby Yuli town. More than 7,000 households were reported without power in Yuli, and water pipes were also damaged. A landslide in Yuli’s mountainside stranded about 400 tourists who were left with no electricity and a weak cellphone signal. The mountainside which is a tourist attraction for the orange day lilies that blanket its slopes this time of year.

Debris from a falling canopy on a platform at Dongli station in Fuli town hit a passing train, derailing six cars, the Central News Agency said, citing the railway administration.