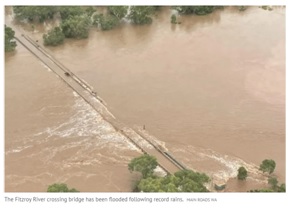 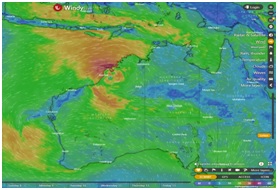 4th Jan 2023, Towns in north of the Western Australia are being threatened as the Kimberley flood emergency intensifies. Homes are being inundated leaving residents stranded and there are fears supplies are running critically low.

The Australian Defence Force has sent three aircraft to the region as the one-in-100 year event remains far from over. 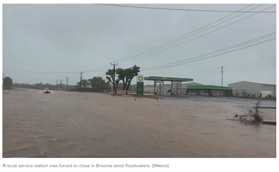 Broome is being smashed by heavy rain and gale force winds, with authorities predicting the holiday hotspot will be cut off by Thursday.

In a 24-hour period, 209 millimetres of rainfall fell on Broome as gusts of up to 94 kilometres an hour uprooted trees, flooded the Roebuck Plain. The airport is out of action until further notice.

“It is also likely that Broome and the Roebuck Plain will be isolated by floodwaters by as early as tomorrow morning,” Department of Fire and Emergency Services Commissioner Darren Klemm said.

The situation is making matters worse for Fitzroy Crossing residents, who are stranded in a one-in-100 year flood emergency.

The Fitzroy River bridge is now at 15.75 meters, which smashes the previous 2002 record by six feet.

The river, which is usually 100 meters wide, is now an incredible 15 kilometers with 60,000 cubic meters flowing past per second.

Bureau of Meteorology WA manager James Ashley said it is “probably one of the highest flow rates we’ve ever seen in Australian rivers”.

“In one day, we expect the amount of water that is moving down the Fitzroy River in a day is about what Perth uses water-wise in 20 years,” he said.

The Fitzroy Crossing evacuation centre is almost at capacity.