The Sendai Framework, Build Up

The Sendai Framework is a 15-year non-binding agreement, which recognizes that the State has the primary role to reduce disaster risk but that responsibility should be shared with all other stakeholders including local government and the private sector. It aims for the following outcome:

’’The substantial reduction of disaster risk and losses in lives, livelihoods and health and in the economic, physical, social, cultural and environmental assets of persons, businesses, communities and countries.’’[

Symbolically and poignantly, the conference was held 150 Km from the epicenter of the Great East Japan Earthquake of 11th March 2011. It is the most powerful earthquake ever recorded to have hit Japan and the fourth most powerful in the world since modern record-keeping began in Y1900. The resultant tsunami waves reached up to 40.5 meters and traveled up to 10 km inland; and caused the infamous nuclear accident at Fukushima power plant. 15,894 deaths, 6152 injured, 2562 missing, and 228, 863 people displaced. The World Bank‘s estimated economic cost is US$235 billion, making it the costliest natural disaster in world history.

The conference coincided with Cyclone Pam hitting Vanuatu with urgent request for international assistance by the country’s President.

The number of disaster events and those affected by them is rising rapidly. With the growing impact of climate change on the severity and frequency of weather related disasters, this alarming trend is set to increase, unless effective steps are taken for the health of mother earth.

Disaster Risk Reduction is everybody’s business. While disasters may stem from natural hazards, their impact is based on whether we take actions to reduce the risk. The international community by combining efforts and resources can do a lot alleviate human suffering, to help people at risk in such a way that they are prepared for future disasters. This strategy also has a positive effect on costs: by investing in prevention, the expenditure on emergency aid and reconstruction can be greatly reduced

Thus in 2015, many developed nations committed to partner with smaller countries to prepare for future disaster relief operations.

The conference resulted in setting up of a US$4 billion (Rs 26,400 crore) fund to prepare for disasters over four years.

The Sendai conference was preceded by three years’ of consultations and negotiations, between UN member states, NGOs and other stakeholders. It aimed for an improved version of the existing Hyogo Framework, with a set of common standards, a comprehensive framework with achievable targets, and a legally-based instrument for disaster risk reduction. There was emphasis on the need to tackle disaster risk reduction and climate change adaption when setting the Sustainable Development Goals. There were demands for guidance to be practical, and for it to ensure ownership of action by all stake holders and strengthen their accountability.

The Sendai Framework for Disaster Risk Reduction charts the global course over the next 15 years. 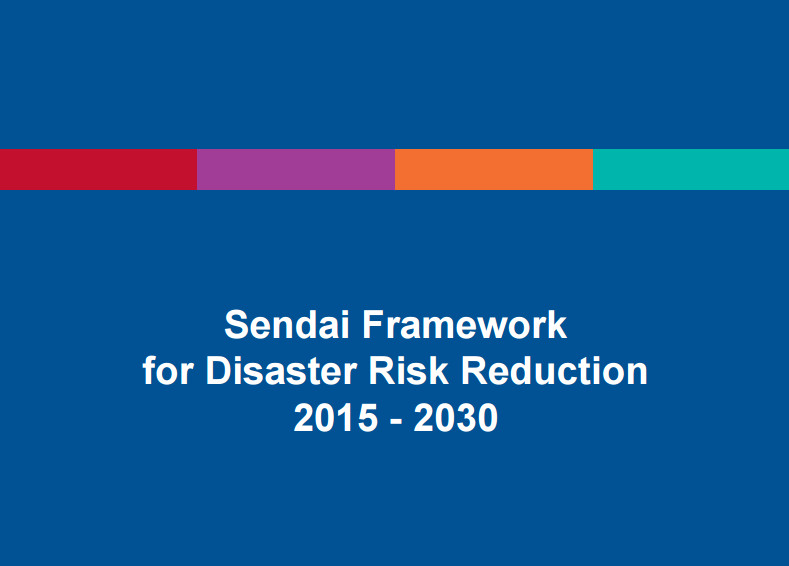