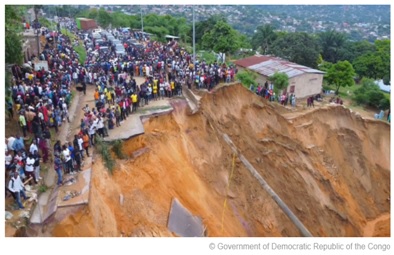 Heavy rain, floods, and landslides have killed at least 120 people in Kinshasa, the capital of the Democratic Republic of the Congo. Heavy rain hit the area overnight into December 13, 2022. Dozens of houses were destroyed, road traffic was disrupted. Some road sections were completely destroyed, for example, in Mitendi. The country’s Prime Minister said the road would have to be closed for several days. 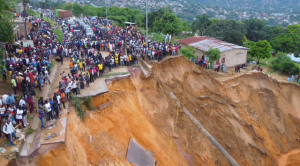 According to local media, the city has never seen such a deadly and destructive rain. About 140 fatalities have already been confirmed. Rescue operations are still underway, so the death toll is likely to increase.

On December 13, the country’s Prime Minister visited some of the affected areas. The President of the Republic announced three days of national mourning.

In a statement, Kinshasa Governor Ngobila Mbaka offered his condolences to the families of the victims and expressed sympathy with those affected. He also stressed the need to comply with planning rules prohibiting illegal construction in drainage areas and riverbeds, and pointed out the need to clean rivers and drainage channels from garbage.