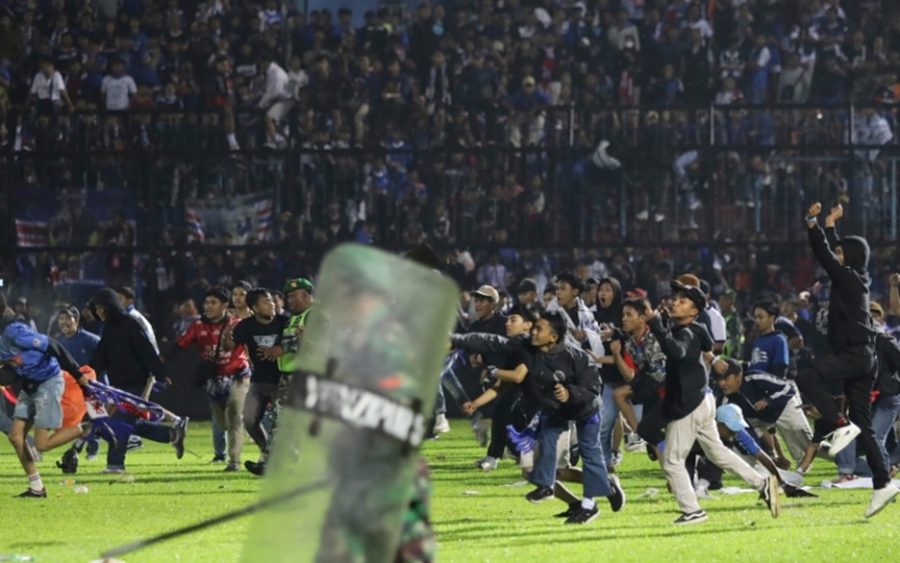 Deadly stampede with violence and chaos broke out on 1st  Oct, Saturday night following a domestic league football match at Kanjuruhan Stadium in East Java province’s Malang city. According to police officials, some 42,000 spectators were present, making it a sold-out event. Chaos broke out after Persebaya Surabaya defeated rival Arema Malang and the supporters from the losing side stormed the pitch.

Police used teargas in response to a pitch invasion by rioting fans, leading to a crush and cases of suffocation, said East Java’s police chief, Nico Afinta. Two police officers were among the dead. Many people were crushed and suffocated when they ran to one exit, then there was a buildup – in the process of accumulation there was shortness of breath, lack of oxygen.”

At least 131 people have been killed and around 320 injured at a football match in Indonesia in one of the world’s worst ever sports stadium disasters.

Officers and Organisers are facing scrutiny over the tragedy, including questions over the use of teargas inside the venue, which is contrary to Fifa guidance.

The FIFA president, Gianni Infantino, called the events “a dark day for all involved in football and a tragedy beyond comprehension”.