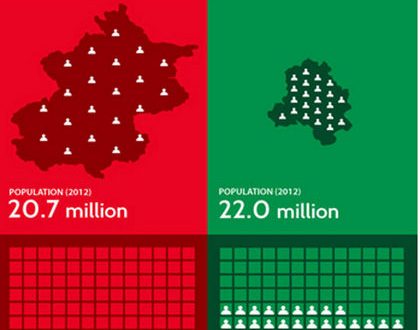 Delhi was declared as the most polluted city in the world in 2015, taking over the ignoble mantle from Beijing

The pollution particles of up to 2.5 microns size are considered most harmful for health. High levels of PM2.5   along with respiratory diseases are also being linked to Stroke, Alzheimer’s disease, Parkinson’s disease and Cancer.

General perception has been of Beijing being more polluted and yes, the smog is denser in winter, but   air quality of Delhi on average is much worse.

Beijing has 35 air quality monitoring stations. Delhi has only 11. Beijing has an alert system with many control measures in place. And its air quality is steadily improving.

Delhi is yet to implement any aggressive anti-pollution measures. Public awareness needs to be increased of the severe health risks of air pollution and they cash push the administration into effective action. 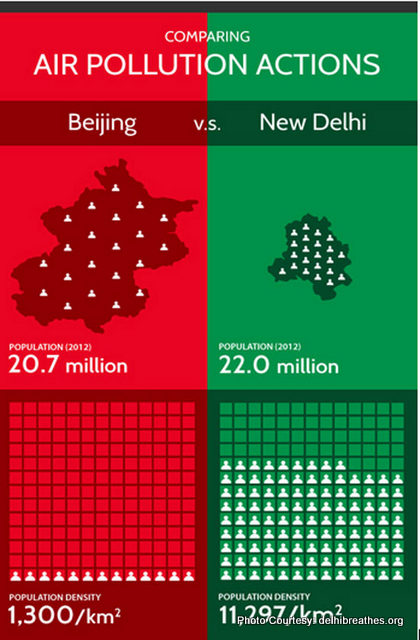 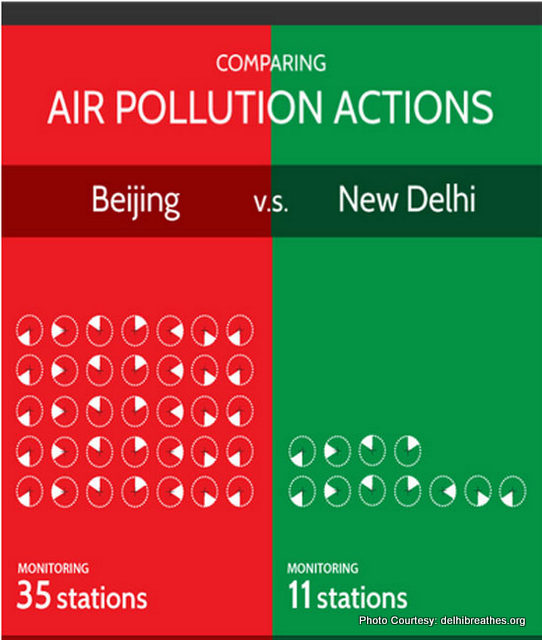