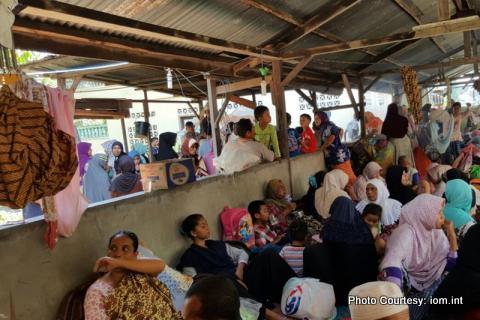 In remarkable demonstration of effectiveness of adequate preparedness, the disaster resilient villages of Aceh province reported zero casualties when the latest deadly earthquake struck this year.

Earthquakes and other natural disasters are a feature of Indonesia’s mountainous northernmost province. The December 2004 earthquake and resultant tsunami caused 230,000 deaths in Indonesia with majority in Aceh.

The latest earthquake of 6.5 magnitude struck Aceh province on 7th December 2016. At least 100 people died and more than 700 injured, with considerable property damage.

The residents of the disaster resilient hamlets such as Sukon, following what they had learnt, evacuated their villages, collected at the designated assembly points and contacted the District Disaster Management Agency.

UN agency ‘International Organization of Migration’ (IOM) has been working with local disaster agency to improve the ability to cope with disasters and improve community resilience. It is proving to be a success.