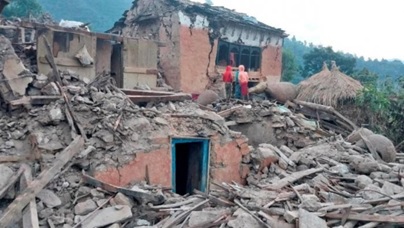 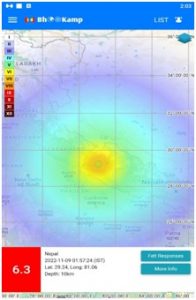 According to the National Centre for Seismology (NCS), the earthquake of 6.3 magnitude occurred at 01:57 a.m. with its epicentre at Khaptad National Park in Doti district, about 90 km east-southeast of Pithoragarh in Uttarakhand.

The region was experiencing lower magnitude quakes for the last few days.Two moderate earthquakes preceded the stronger tremor that jolted western Nepal, a 5.7-magnitude tremor at 9.07 pm on Tuesday and a 4.1-magnitude one shortly after at 9.56 pm with the same epicenter. 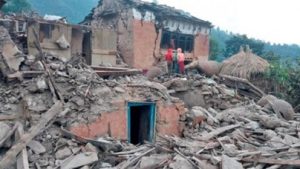 People stand outside the ruins of collapsed houses after an earthquake struck in the western district of Doti, Nepal. Credit: Reuters Photo

Deputy Superintendent of Police Bhola Bhatta, the acting chief at the District Police Office in Doti, said that all the victims were killed by the debris of the houses damaged during the earthquake.

Tremors were felt.The tremors were felt across north India, in Delhi and the surrounding areas of Ghaziabad and Gurugram and even in Lucknow, jolting people out of their sleep.
Nepalese people are still reeling from the shock of the 2015 earthquake that killed almost 9,000 people.