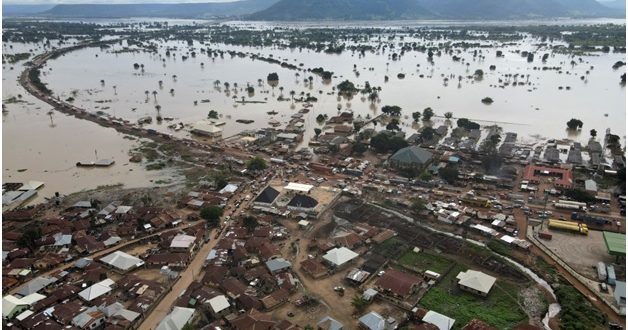 This year Nigeria is experiencing the worst floods recorded in the West African nation since 2012. National Emergency Management Agency (NEMA) said the increased rainfall and the release of excess water from Lagdodam in neighboring Cameroon has contributed to flooding in Nigeria. 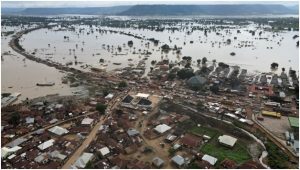 The north-central Kogi state at the confluence of the Niger and Benue rivers and has suffered weeks of flooding-submerging homes in the surrounding areas.

Nigeria’s National Inland Waterways Authority said that the 2012 flood rose to the level of 12.84 meters (42 feet) while the latest flooding was gauged at 13.22 meters (43 feet).

Heavy rain fall and poor drainage have affected a vast landmass, submerging and destroying  lives, farms and properties along its course.

As of Tuesday,11th Oct 2022, “over 1.4 million persons were displaced, about 500 persons have been reported dead, 790,254 persons moved out of their locations and 1,546 persons were injured,” said Nasir Sani-Gwarzo, permanent secretary of the Ministry of Humanitarian Affairs, Disaster Management and Social Development, in a statement.

Floods have blocked food and fuel suppliesin needy areas. State oil company NNPC blamed the floods, which blocked a key road out of Lokoja, for a fuel shortage in the capital, Abuja.

“The scale of the disaster …is colossal,” Mustapha Habib Ahmed, director general of the National Emergency Management Agency, added in a statement.