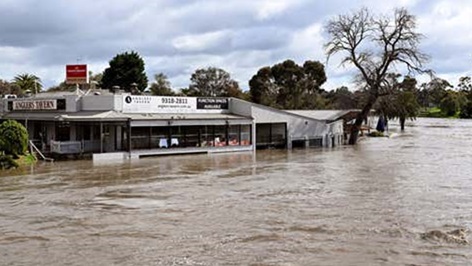 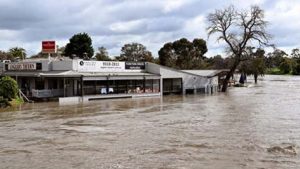 A tavern is inundated by water during flooding in the Maribyrnong suburb of Melbourne on October 14, 2022. (AFP/William West)

Rivers across the Australia’s most populous state New South Wales (NSW) and Victoria, and the island state of Tasmania were rising dangerously due to above-average downpour.

The Maribyrnong River has burst its banks in Melbourne, Forbes and Wagga Wagga residents have fled in NSW and rainfall records have been broken in TasmaniaThousands of residents have been told to evacuate as eastern Australia faces a flooding emergency, with people told to leave their homes in parts of Victoria, NSW and Tasmania 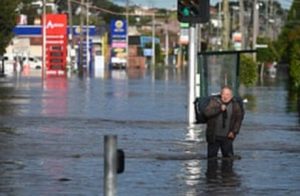 A man walks through flood water in Maribyrnong on Friday. Photograph: Erik Anderson/EPA

About 500 homes in Victoria were flooded and another 500 had been isolated by floodwater, Victoria Premier Daniel Andrews said. Those numbers would increase, he said. Most of the state was experiencing a “very, very, significant rainfall event and it comes, of course, with the ground completely sodden,” Andrews said.Andrews said 4,700 homes were without power, more than the 3,500 that Victoria State Emergency Service had reported earlier on Friday.

Bureau of Meteorology forecasting more rain throughout the next six-to-eight week period.