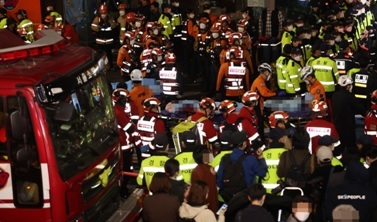 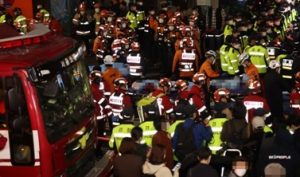 Itaewon has long been a popular place to celebrate Halloween, especially as the holiday became more popular in Asia in recent years. Some even fly into Seoul from other countries in the region for the festivities. 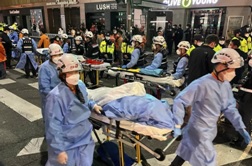 But for the past two years, celebrations were muted by pandemic restrictions on crowd sizes and mask mandate. Around 100,000 people were in the entertainment district throughout the day on Saturday, 29th Oct 2022 to celebrate the first Halloween weekend without mask and social distancing measures since the onset of the COVID-19 pandemic.

The stampede occurred as the crowd surged into a narrow alley, trappingand crushing a mass of people. Most of the participants in the Halloween event werein their teens or twenties.At least 153 people died and more than 103 were injured in a crowd surge in Itaewon, Yongsan-gu, central Seoul, according to fire authorities at 5 p.m. on Sunday

Officials confirmed that 26 foreigners were among the dead.Among the foreign nationals who died were people from Iran, Uzbekistan, China, Russia and Norway.The death toll is currently made up of 97 women and 56 men.