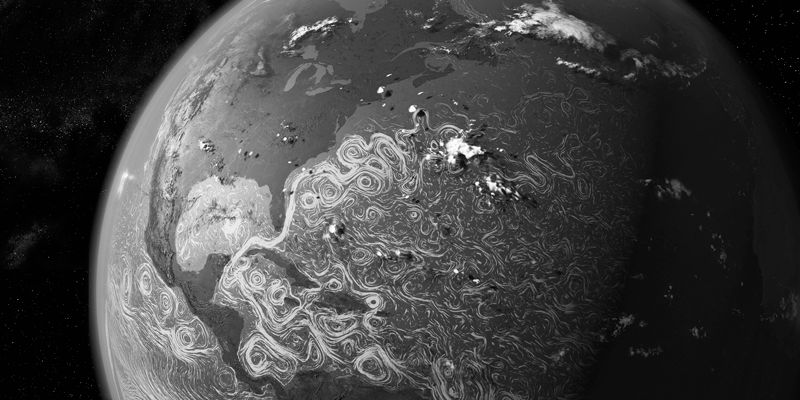 The Atlantic meridional overturning circulation (AMOC), one of many complex ocean current systems, influences heat exchange between the tropic regions and the higher earth altitude areas.  Such circulations regulate the global temperatures.

Sharp changes in circulation are identified as signal of severe change in the earth physical systems, as in last glacial period which saw dramatic temperature fluctuations. Scientists are concerned that circulation is on the tip of a weak phase, as a result of human induced climate change.

One study claims the weakening of the circulation exchange has started since about 1850. In another paper however,scientists using global climate models and sea surface temperature records, date this to mid-20th century; estimating a 15 % slowdown which is more pronounced during winter and spring.

Ocean systems are insufficiently studied/understood. Sensitive to climate change, will the currents be affected violently or it will be smoother? There is need for more funds for maintaining and enhancing the oceans monitoring systems. And greater research for promoting ocean health, on which mankind is dependent, is needed.