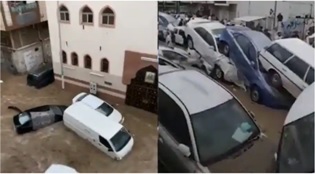 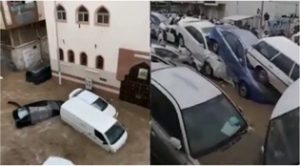 Barely a month after the city of Jeddah in Saudi Arabia witnessed record levels of rain, flash floods have submerged the city of Mecca, the holy pilgrimage destination for Muslims, on 24th Dec 2022.

Following a night of torrential rain, flash floods hit the streets of Mecca on Friday morning, damaging properties and vehicles.

Such has been the extent of rain that authorities at the King Abdulaziz Airport have asked travelers to confirm the status.

Mecca is one of the biggest pilgrimage sites for Muslims across the world. The Grand Mosque of Mecca was also inundated as pilgrims drenched in the mosque’s courtyard.

The National Center of Meteorology, late on Friday night issued a mild warning, telling people to expect more torrential rain in the coming days in parts of the Makkah, Madinah and Tabuk areas.