Last month, two cargo ships collided at Mumbai coast resulting in a oil spill from one of the ships. Few days ago,oil spillage happened at Chennai Kamarajar port due to crack in the oil tank of a ship. Long lasting disastrous impacts of such oil spill, due to collision of ships or other similar reasons, are observed on the environment and economy.

The problem of oil spill is not only faced to India but also by the various other countries in the world. Every country is taking different steps to overcome this problem.

Attempts to find the solution are being made in India, too. Meanwhile, the scientists from Indian Institute of Science Education and Research (IISER), Kerala have come up with the solution to prevent the ill effects of oil spill and clean the oil spill in sea. The scientists of IISER have made the balls from the sawdust by using ‘cellulose’.

In case of oil spills, the sawdust balls made by using cellulose are dipped in a solution of gelator. Then these balls are dropped in the area of oil spill.  Gelator helps to repel water and only oil gets absorbed. ‘Cellulose’ is being used importantly because it is economical.

Sawdust balls made using cellulose to prevent oil spill can absorb oil sixteen times of its own weight. The said balls are reusable. However, the cost of this whole process is yet to be declared.

Marine oil spillage is a serious problem.  In such incidents,the oil spreads towards the coast and ill impacts of the same are seen in the later days. It is observed that the coasts affected by the oil spills cannot be cleaned even after several years of cleanliness campaigns. Today, number of methods are adopted to clean sea oil spill.  All available systems are majorly used at the place of oil spillage. In this, oil absorber materials are used with the booms which prohibits the formation of oil layer on the water and the skimmers are used to separate oil from the water. Sometimes, the oil spread near the ship is burnt with the help of lesser rays. Along with this, the use of chemical dispersals and other methods are also being followed.But all these methods may not work efficiently if the sea is rough or if there is an snowy sea. Therefore, an oil scum is observed in the coastal area for many days.

An adverse effect of oil spills are seen on the environment. Wild creatures, marine creatures and forests get affected adversely due to this. The oil scum is spread on the bird’s plumage. Fishes, migrated birds, amphibious, reptiles, mud creatures gets affected for years to come. Oil scum also affects the reproduction system of the fishes. Biological process of the mangroves stops because oil layer sticks to the roots of mangroves and they get dried. The layer of oil stuck on the plumage of birds like Seagulls and gannets.Due to the sticky feathers, sea birds are also affected adversely.  It is reported that some fishes are turning toxic due to oil scum. As a result, fishermen gets affected. Few months ago, there was a collision between BW Maple and MT Dawn Kancheepuram which resulted into oil sludge on a large scale. It affected the biodiversity of the place very badly, also the wages of local fishermen.

It is said that oil spilling, ship accidents and ship cleaning results in a spreading layer of tar oil on the coasts. Marine ecology is in danger due to oil spilling and therefore, this issue cannot be neglected. Experts opine that strong restrictions should be imposed and stringently executed to control the issues related to oil spill from ships.

It is trusted that sawdust balls made by the scientist of Kerala will be helpful to clean the sea. 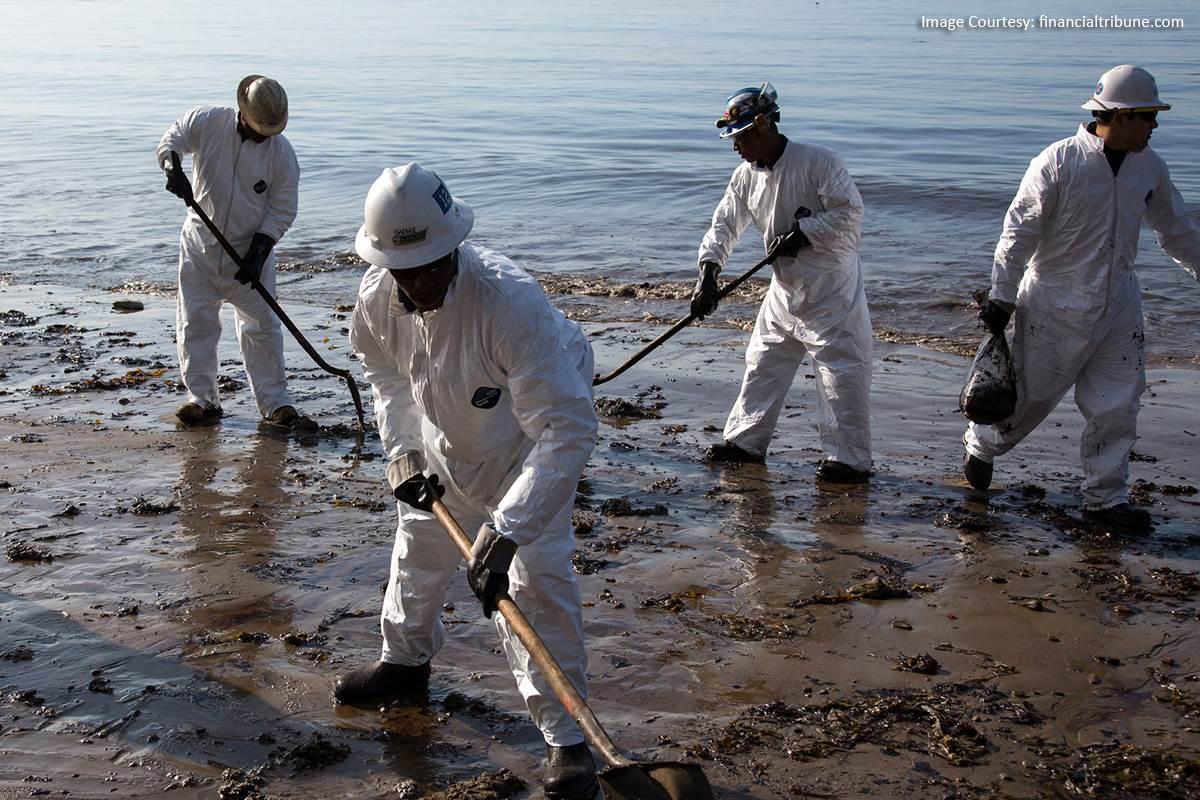 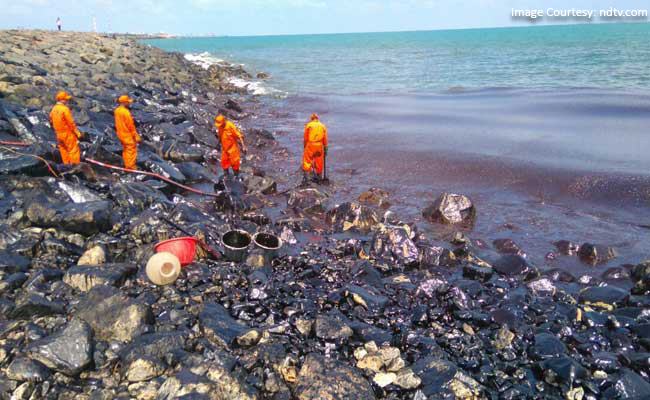