The Sendai Framework marked a paradigm shift in how to tackle Disaster Risk Reduction. The focus shifted to ‘Disaster Risk Management’ rather than ‘Disaster Management ‘, emphasizing the protection of livelihoods as well as saving people and property.

The goal is to make India disaster resilient. The plan is based on the four priority themes of the “Sendai Framework

3.    Investing in disaster risk reduction (through structural and non-structural measures)

4.    Disaster preparedness, early warning and building back better in the aftermath of a disaster.

India is one of the first countries in the world to have come out with Disaster Reduction Plan taking inspiration from and linked to the Sendai Framework.

Asia accounts for over 80% of those killed and affected by disasters worldwide in any given year; China, Nepal, India and the Philippines all figured in the top ten countries worldwide for economic losses from disasters last year which are now estimated to be running at between US$300 billion to $400 billion worldwide.

The challenges of reducing disaster risk in a country the size of India are formidable. Nobody says it will be easy. It is indeed heartening for the whole International community that the world’s largest democracy has demonstrated commitment and leadership in taking the first step in achieving the 2030 goals of the Sendai Framework ,

As implementation of the Sendai Framework continues, India is bound to benefit from new opportunities for regional and international collaboration

Embracing the Sendai Framework, in letter and spirit, the Disaster Risk Reduction plan seeks to involve all stakeholders in efforts to build a disaster resilient India of the future. 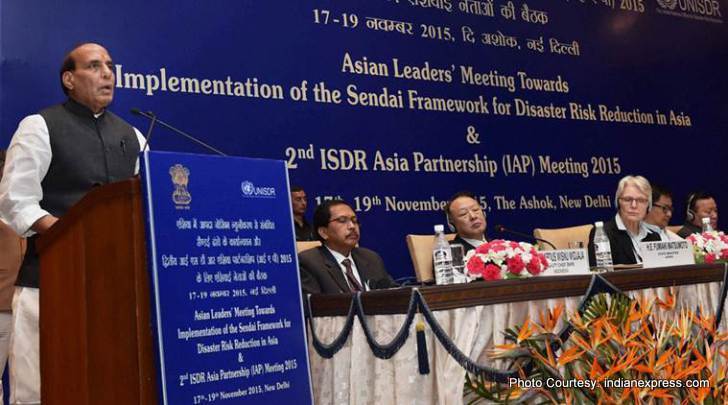