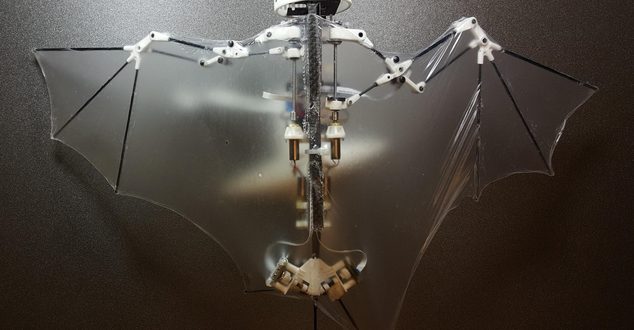 The agile and aggressive maneuvering abilities of bats inspired scientists to develop drones, which could soon be in around work sites and danger zones. The study was released by its three authors on 1st Feb in the journal ‘Science Robotics’.

Bats are unique mammals that control their flight and power with grace. Their body is stubby, chest broader than the tail and the wings can be folded within strokes of the flight to make them more aerodynamic. Bats ‘row’ their wings to create lift which allows them to hover and move in all directions.

Mimicking the bats, the robot flaps its wings for better aerial maneuvers, glides to save energy and dive bombs when needed. The prototype has a wingspan of approximately 15-16 inches, is about 5-6 inches from head to tail and controlled remotely with a joy stick. Five battery operated motors control the flapping of the wings, folding of the wings and the two independent legs that form the shape of the tail.

Disaster sites may be unsafe for humans to go in and unsuitable for ground robots. Bat Robots are safer and better getting into such sites and scoping out construction zones compared to the bulky drones with spinning rotors.  Professor Seth Hutchinson, of the University of Illinois, claims a number of applications for their robot which are directly beneficial to humanity. Damaged Fukushima nuclear plant in Japan is one instant. 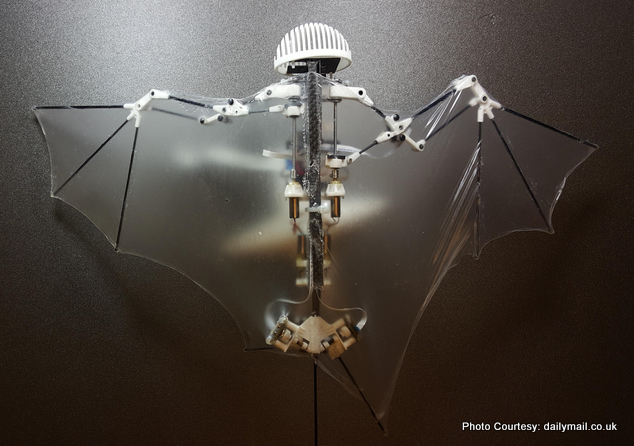