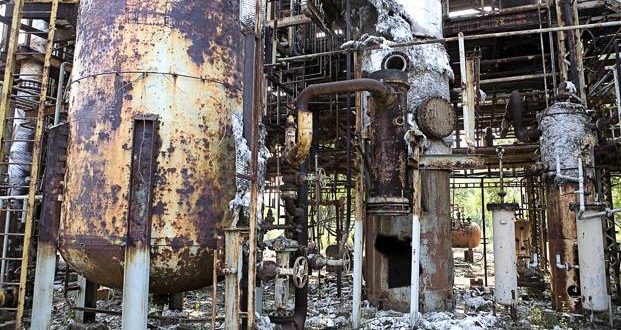 The Bhopal Gas Tragedy, 1984 was a catastrophe that had no parallel in the world’s industrial history. In the early morning hours of December 3, 1984, a rolling wind carried a poisonous grey cloud from the Union Carbide Plant in Bhopal, Madhya Pradesh (India). Forty tons of toxic gas (Methy-Iso-Cyanate, MIC) was accidentally released from Union Carbide’s Bhopal plant, which leaked and spread throughout the city. The result was a nightmare that still has no end, residents awoke to clouds of suffocating gas and began running desperately through the dark streets, victims arrived at hospitals; breathless and blind. The lungs, brain, eyes, muscles as well as gastro-intestinal, neurological, reproductive and immune systems of those who survived were severely affected. An estimated 10,000 or more people died.  About 500,000 more people suffered agonizing injuries with disastrous effects of the massive poisoning. None can say if future generations will not be affected.

Besides air, water and soil pollution, effects of this disaster on human health are devastating. People suffered from respiratory disorders, genetic changes which caused cancer. Exposure to methyl isocyanine led not only to miscarriage but it also damaged growing foetus and affected fertility in men and women. Even long time after the disaster, traces of many toxins were found in the breast milk of mothers and were in turn transmitted to the recipient babies.

The cause of the disaster remains under debate. The Indian government and local activists argue that slack management and deferred maintenance created a situation where routine pipe maintenance caused a backflow of water into a MIC tank triggering the disaster. Union Carbide Corporation (UCC) contends water entered the tank through an act of sabotage.

Civil and criminal cases were filed in the District Court of Bhopal, India, involving UCC and Warren Anderson, UCC CEO at the time of the disaster. In June 2010, seven ex-employees, including the former UCIL chairman, were convicted in Bhopal of causing death by negligence and sentenced to two years imprisonment and a fine of about $2,000 each, the maximum punishment allowed by Indian law. An eighth former employee was also convicted, but died before the judgment was passed. Anderson died on 29 September 2014.

The owner of the factory, UCIL, was majority owned by UCC, with Indian Government-controlled banks and the Indian public holding a 49.1 percent stake. In 1989, UCC paid $470m to settle litigation stemming from the disaster. Dow Chemical Company purchased UCC in 2001, seventeen years after the disaster.

The gas leak has had many adverse effects on income, transportation, and other necessities. When calculated in 2004, the Gross Domestic Product per capital increased from $1,000 in 1984 to $2,900.  Economic growth continued at a rate of 8% per year.Seventy-five percent of Bhopal people are unable to work for more than a few hours at a time.

Due to the people not being able to work, the economy has suffered. The people cannot work, therefore they have no money for luxuries, or even basic necessities.  Banks tend to give loans with outrageous interest fees.  Citizens are forced to agree to the terms since they have no other choice, thus continuing the cycle of poverty. Still awaiting a complete fair justice… 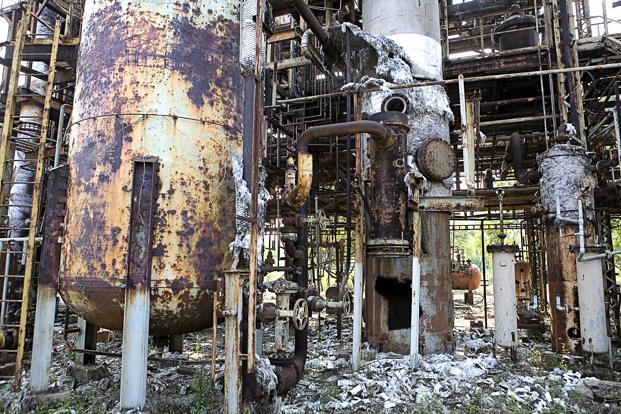