Xavier Peter from Kerala is a fisherman since ages who brings at least 4 tons of fishes in return from deep sea. However, since last year, he was experiencing more plastic content in his fish net than the portion on fishes. He was very much disappointed with the sight of increasing plastic content.

It then became a routine to find plastic instead of fishes. Sea is a medium to earn bread and butter for many fishermen like Peter. How to run the family if fishes are not found, was the question in front of Peter. At last, with the help of his fellow fishermen, Peter started removing plastic from sea while doing fishing. Few more fishermen joined him as well.

The drive to remove plastic waste from sea by the fishermen was in its full form. Unions of fishermen were also started participating in the same. However, there was a concern about the disposition of the plastic waste removed from sea. In this regards, the team requested help from Smt. J. Mercykutty Amma, Minister for Fisheries. Post this, ‘suchitwa sangram’ mission has been under taken at Kollam. Many departments from Governments also participated in this mission. In this mission, since August 2017, 65 metric ton plastic waste was removed from sea by 5 thousand fishermen and boat owners. This waste includes plastic bottles, plastic bags, straws, nylon net and rope, etc.

Kerala stands high in all states that exports the sea food. Almost 10 lakh people in Kerala are dependent on the fishing business. In 2016-17, Kerala exported 11,34,948 tonnes of sea food costing $5.78 billion. Increased amount of plastic waste in seawater was a detriment to progress. Fish reproduction was affected badly due to this plastic waste in sea and therefore, fisheries business was affected too.

Under the mission of ‘suchitwa sangram’, fishermen started removing all the plastic waste from sea. Almost 30 female workers wash and separate the waste. Then reprocessing takes place on the waste. Such processed plastic is used in strengthening the roads. This entire process generates the employment opportunity too. Meanwhile the fish nets being used in sea to catch the fishes are also not discarded upon wear and tear, they are also repaired and reused.

Global warming is also affecting the ocean life in adverse way, however, threat of plastic waste in sea the top most concern. Living animals in the sea cannot survive after eating this plastic waste. The discarded plastic fishing nets also causes problem to the fishes while approaching their breeding places. This results in reduced number of breeding and in turn reduced no of fishing. 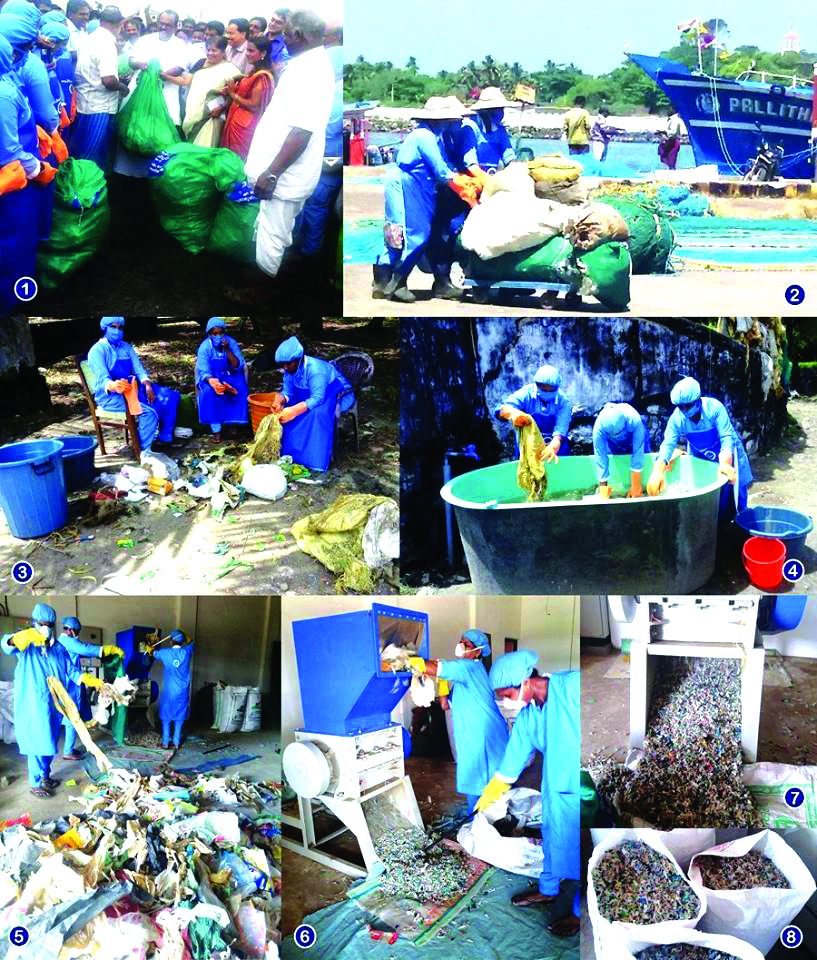 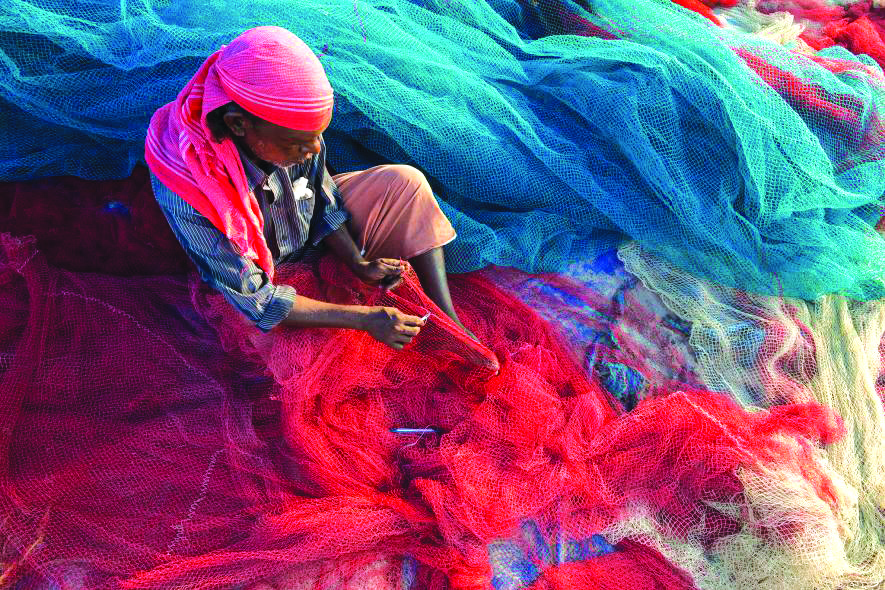