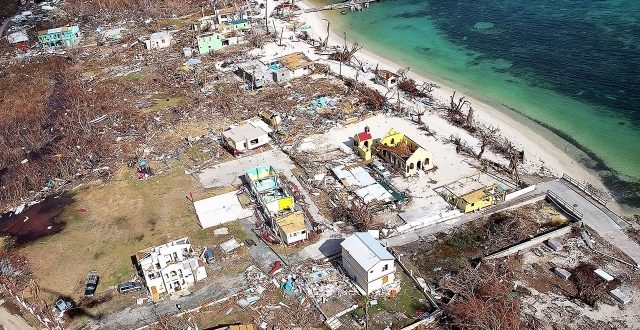 The region must adapt to climate change, not simply rebuild

Hurricane Irma, the first Category 5 storm ever for many of the 13 island countries, bulldozed its way across the Eastern Caribbean at speeds up to 300KMH for 3 days,in early September. Severe destruction with entire settlements wiped off, followed  by food and water shortages and looting, left less than 50 dead but thousandshomeless .

The costs of rebuildingare staggering at nearly US$ 13bn. Fueled by Global Warming, more such storms are predicted along with rising sea levels.  Disasters like Irma “can wipe out economy in one fell swoop”, especially as the mainstay is tourism. Rebuilding must account for climate change by protecting coastlines, strengthening buildings and infrastructure and shifting to renewable energy.

Any external Aid is only good for immediate relief.  With an average GDP of $ 9,000/ per person   Caribbean islands are rich, but the low population makes cost of rebuilding per person unaffordable

Caribbean governments as part of ‘Small Island developing states’  want the industrialized nations  to  compensate them for extreme weather, as the earliest and heaviest emitters of Carbon Dioxide. But this is rejected as lack of planning and shoddy construction in developing countries is also being blamed as a major contributor. Also, poorer countries like Bangladesh with large populations are seen as a more worthy recipient of aid.

The Caribbean has a battle on its hands with severe storms predicted in future.A one-meter rise in sea levels would displace more than 100,000 people from the 15 Caribbean countries. 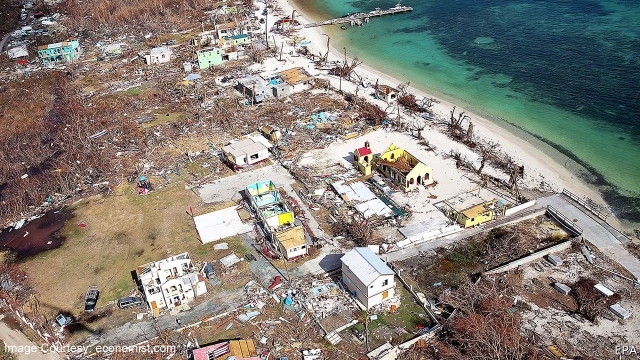