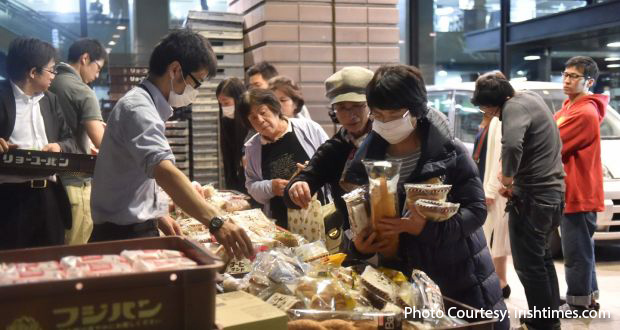 The 9.0 magnitude typhoon of 11th March 2011 caused a 15 M tsunami that travelled as much as 10 meters inland.  The impact of disaster was enormous.

There were 15,890 deaths and 2,590 missing and presumed deaths; and 6,152 injuries in 12 Japanese prefectures. The tsunami also caused one death in Papua, Indonesia and one death in Klamath River, California. The earthquake and tsunami caused $220 billion damage in Japan and resulted in a nuclear disaster with an International Atomic Energy Agency (IAEA) rating of 7 at the Fukushima I (Daiichi) Nuclear Power station. The tsunami also caused $30 million damage in Hawaii; $55 million damage to marine facilities in California; and $6 million in losses to the fishing industry in Tongoy, Chile over 16,000 km from the source. This was the first time observational evidence from satellites linked a tsunami to ice-shelf calving in Antarctica.

The active reactors had automatically shut down their sustained fission reactions. However, the tsunami destroyed the emergency generators cooling the reactors.  The insufficient cooling led to the cores of three nuclear reactors to melt and the release of radioactive material beginning on 12 March. Several hydrogen-air chemical explosions occurred between 12 March and 15 March.

The long term social consequences of the 2011 disaster for the Fukushima region have been broad and far reaching. The hazard of nuclear radiation on a large scale played a major part in the social impact of a natural disaster.

Radiation is invisible and the threat cannot be physically visualized or understood straight away. It can only be detected by scientific instruments. It is a challenge to perceive this and irrespective of their social and economic status, it is often women and children who are severely affected by this.

The radiation effects were downplayed, and the local women’s concerns were tended to be played down or rubbished by local government as well as the media by terming it as weak and unscientific – ‘ harmful rumor’.

Japan’s cultural and social norms of obedience and subservience are deep rooted and in a male dominated and oriented society particularly forceful on women and children. These would normally have suppressed any outrage over injustice and inequality.

But there was a radical cultural shift caused by the concerns of radiation and the women were able to break out of their traditional shackles.  Instead of just accepting what was being dictated by the government and the media, the women took matters into their own hands and formed Citizen Radiation Monitoring Organizations (CRMO’s). They purchased their own monitoring equipment and became famous as “radiation brain moms”.

Over time these activities decreased as with time social memories of the disaster start fading. But the earthquake of 22nd Nov 2016 temporarily halted the cooling systems of the reactors. There is bound to be resurgence of monitoring by the CRMO’s.

The “radiation brain moms” have already managed to cause a seismic shift in the attitudes of both the government and scientists towards their concerns. For a traditional ‘male’ society like Japan, this can be termed a major social impact. 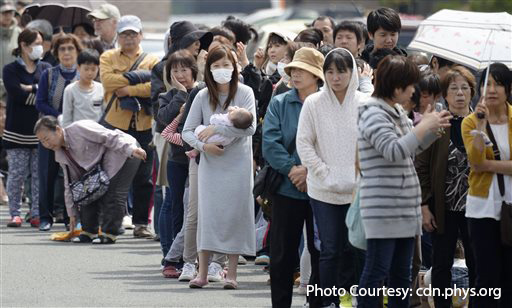