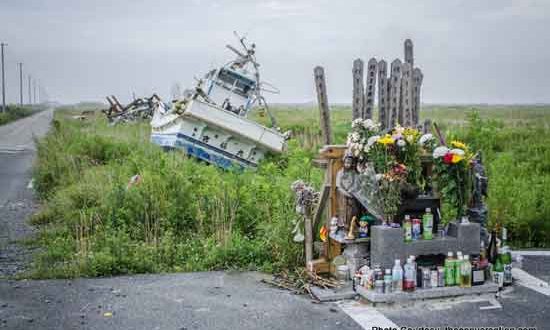 The residents of Fukushima region of Japan were devastated by the major 2011 Tohoku earthquake and the resultant Tsunami in 2011. The complications due to nuclear accident / release of radiation severely impacted socially in the region.

At 5.59am local time on November 22, Fukushima region was again hit by a 7.4 magnitude earthquake, triggering a tsunami warning.  The tsunami warning was cancelled after a few hours, with no loss of life or severe damage this time. This earthquake was declared a ‘long-term aftershock’ of the 2011 earthquake. But for the residents of the region still coming to grips with the aftermath of the major 2011 earthquake; it is testing their resilience all over again.

Millions of people are affected by natural disasters every year, and their impact can be calamitous. From the destruction of buildings to the spread of disease, natural disasters can devastate entire countries overnight. Tsunamis, earthquakes and typhoons do not just wreak havoc on land; they also disrupt people’s lives in both densely populated cities and remote villages. Emergency situations can be an incredibly stressful, disruptive and traumatic. Disasters impact in numerous ways –

·      Economic ( Loss of livelihood, income , productivity etc ) Although disaster events impact both developed and developing countries, in the latter, they can cause a sharp increase in poverty , and increase affect the number of people living below the poverty line, increasing their numbers by more than 50 percent in some cases

·         Political ( cause social activism resulting in political activism) , The disaster recovery period is a source of many victim grievances and this creates many opportunities for community conflict

·       Psychological (cause negative psychological responses including anxiety, depression and grief. Psycho-physiological effects such as fatigue, gastrointestinal upset, tics. Cognitive signs such as confusion, impaired concentration, and attention deficits.   Behavioral such as sleep and appetite changes, ritualistic behavior, and substance abuse

·         Social – Life events not related to the disaster, such as relationship breakdown, bereavement or losing a job, can compound the grief and trauma of the disaster. Many people suffer vicarious trauma because of their involvement with impacted households and communities through business, services, sport, schools and social connections. The impact on emotional and social well being or mental health can be mild or severe; short term or long lasting.

As a concept, social vulnerability has been defined in terms of people’s “capacity to anticipate, cope with, resist and recover from the impacts of a natural hazard”. The psychological impact of the Fukushima disaster, specifically the fear of the nuclear radiation caused changes in risk perception (personal consequences for the individual and family) and increased hazard intrusiveness (frequency of thought and discussion about a hazard).

And this has brought about a significant change in traditional social attitudes and   behavior in the Fukushima region. 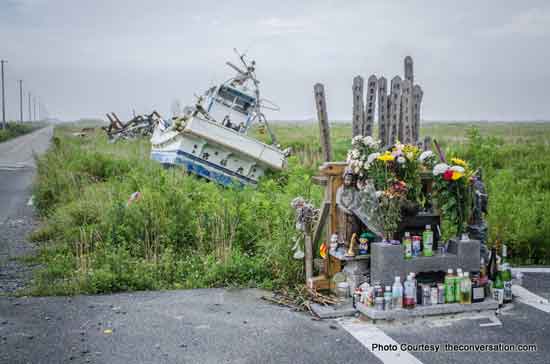