Charlotte, North Carolina’s main water supply source seems to be in danger as high levels of arsenic and toxins have been detected in its  water. 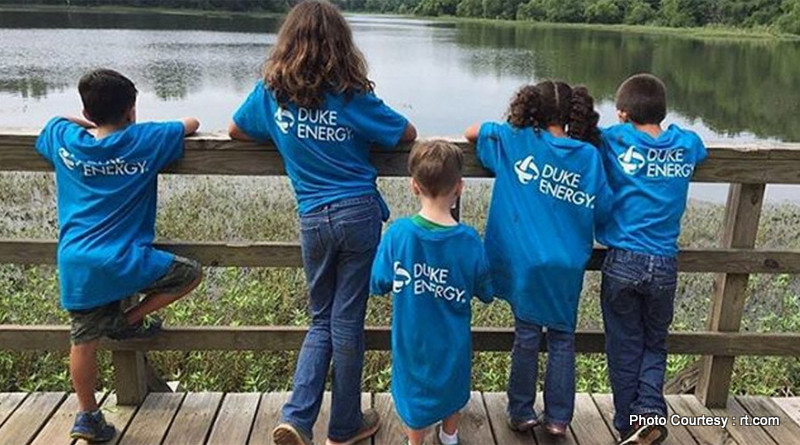 The source of these toxins have been traced to Duke Energy’s Power Plant. A powerful Power Company since 1900,Duke Energy   is involved in drilling ‘ shale ‘ gas.

Shale gas is a buzz word in US today. For decades engineers have known that huge reserves of gas is trapped tight in certain rocks called shale rocks. Drilling companies through a process called ‘fracking ‘ have managed to release the gas which is now called shale gas.

Today, the average American single family home  is nearly 60% bigger than it was in the early 1970s and full of much more energy sapping devices. Political committees here see shale gas as an energy savior. With the increase in shale gas,  dependence on fossil fuel ends which is good news from environment point of view. Shale gas , they feel,  is a quick route to riches . But above all an energy independent US, is a feather in the country’s cap.

US energy companies have become very successful in recent years at  extracting gas from shale. US shale gas production has increased from almost nothing in 2000 to a 20% in 2009. Some analysts are projecting a 50% share by 2035. Shale gas is also credited for bringing gas prices down in 2008.

However, there is   another side to the coin which makes shale gas a controversial source of energy.

A study at Cornell University warns that methane leaks from wells could be so high that in some cases the atmospheric warming effect of shale gas drilling might outweigh that of coal. Potentially carcinogenic chemicals used may escape and contaminate ground water around the fracking site.

The process of fracking may itself cause small earth tremors.

Some householders in and around these drilling plants complain that  shale gas leaking into their drinking supply has caused tap water to ignite.

The process of exploiting shale gas deposits is prohibitively expensive.

Also the gas prices coming down in US in 2008 were due to recession in the country than otherwise.

Environmentalist in US are cautioning to go slow on shale gas fracking. Pennsylvania has already placed a moratorium on major drilling projects in the State, fearing  chickens may come home to roost.